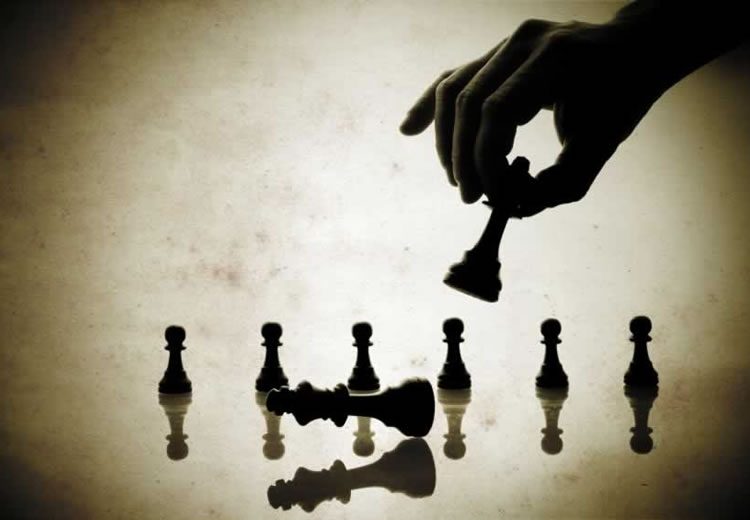 Our media stable consists of specific B2B targeted websites. The very first website we launched was bigears.net.au (just updated in 2015) which started out as a pallet directory in early 2007 and was quickly followed with the launch of noddy.net.au, our warehouse suppliers directory for Australia (scheduled to be updated mid 2015). The business model of both sites was purely based on capturing as many top organic links as possible in the targeted industry. For six years both sites performed amazingly well and generally the top four to six links in searches for these industries were attributed to bigears.net.au and noddy.net.au.

Our strategic focus was not based on visual appeal or even sales spin, it was purely based on capturing top organic results. At the time, internet search users were still novices when it came to understanding how to navigate websites so we based our strategy on the fact that the customer was only ever after a contact number and would very rarely proceed deeper into a website. This philosophy worked very well and then things began to change. Keep in mind that back then websites that did have visual appeal were very lowly ranked due to the fact that Googles crawler struggled with reading content on these sites and indexing them. These sites were generally coded in a language called php where our sites were coded in Google crawler friendly html.

The first thing that changed was the Google inclusion of adding three Adwords, or pay per click ads, to the top of the listings. Previously, all paid listings were on the right hand side of the screen. This now meant that the user could click a paid listing before they even got to the organic results. Previously, and still valid today, the right hand side of any search result is valueless. Visitors to our websites dropped about 10%. We immediately took action and being the first in Australia for our targeted industry, launched an Adword campaign which was around forty five cents per click (there was no competition in those days and less than 56% of the population used a computer. Today, those same clicks would be costing anywhere from eight dollars to sixteen dollars per click and with ten times more click fraud than when we first started. Believe it or not, but just about every visitor to bigears.net.au through a paid click resulted in a phone call. Now it is at least twenty paid clicks needed to get a phone call. (This is also a result of people being more navigational savvy in today’s age)

The second thing that changed was the launch of Google Maps. In many cases this took the place of the top organic results and pushed many of those results across to the second page and so on. Google Maps tended to favour the local business and made it harder for businesses outside that local area, but serviced the area, to have any prominence without paying for it through a Google Adword (PPC) campaign. When Google created their local map listings they obviously had in mind the user and only looked at the fact that they would make it easier for them to find their local dentist, vet, doctor, take away store, hairdresser etc. Pretty much all those type of businesses that could not afford to pay for advertising. (A master stroke really). But what they neglected to consider (or did they?) was when someone is looking for a product it didn’t necessarily mean that the product could always be found locally. We always believed that they should have allowed a section in the Google Map listings that said Servicing The Area. This would have helped immensely to those struggling rural companies that were trying to compete in the city against their city counterparts.

The third thing that changed was Google started to play with its search algorithm in a big way with the biggest being Panda and then followed by Penguin. Google tells us that these algorithm changes were done for the users benefit.  Many online businesses, website companies and search engine optimisation professionals were put out of business due to these changes. We believe that the reasoning behind the Google changes are the simple fact that Google wanted more control and did not appreciate the manipulation of its algorithm by web masters. Now that Google has more control it is easier for them to decide (algorithm or no algorithm) who lands on top of specific searches. Only three years ago the smaller business had an opportunity to be on a par with the bigger business but now every where you search you only find big business in the top listings. And if any tend to be above the Google Map it definitely is not the small business.

Our prediction for the fourth change is that we believe Google will be looking at ways to monetise their Google Maps directly on the listings. This may mean business may have to pay if they want to be on the Google Maps. Currently their listings need cleaning up as many companies have listed themselves incorrectly so that they can come up in that particular search. As an example one company we were looking at the other day it said Cardboard Boxes Brisbane but that was not the company name or even the website address. Obviously a “black hat” SEO tactic.

Are we anti-Google? After reading the above you may start to think that we are anti-Google. On the contrary we understand that Google needs to monetise as a business to provide ever improving user content. Yes, Google probably is heartless to the businesses that it hurts but with any listed company on the stock market they must be seen to increase revenues as their highest priority for stock holders.

Companies that wholly rely on Google organic search listings as their main lead base are highly vulnerable due to the day to day unpredictable changes that can be made.

We warn everyone that online marketing should only be a part of your marketing mix not the be-all-end-all of marketing. Actually, some print marketing is now more cost effective and has a higher return. Think about this… When people are searching for a product to buy, the consumer has already made the decision about what they want, and they are searching for a company to buy from. Hence the competition is fierce as on that first landing page in Google there is generally an average of twenty two companies listed for any search. If the consumer had received a printed flyer or catalogue during the time when they were thinking about buying a product, there is no direct competition. Through this marketing method you can generate the desire, build the trust and create the urgency to buy it today.

Having a website that does not perform in Google search is not the end of your business. However, what a performing website does do is give you a modern-day presence and provides a place where you can direct relevant traffic to from all different types of offline marketing (Emails, Newsletters, Business Cards, Word Of Mouth, Signage, etc). With all that traffic, your website gives you an opportunity to convert that traffic to sales and, if done correctly, allows you to project the desired image to your current and prospective customers.

What We Excel In

We have been servicing business effectively, and efficiently, since 2006. Big Ears Media Group specialises in the B2B market space.

Our company has worked with clients from many industry sectors including the industrial, mining, civil, construction, transport and agriculture sectors in Australia.