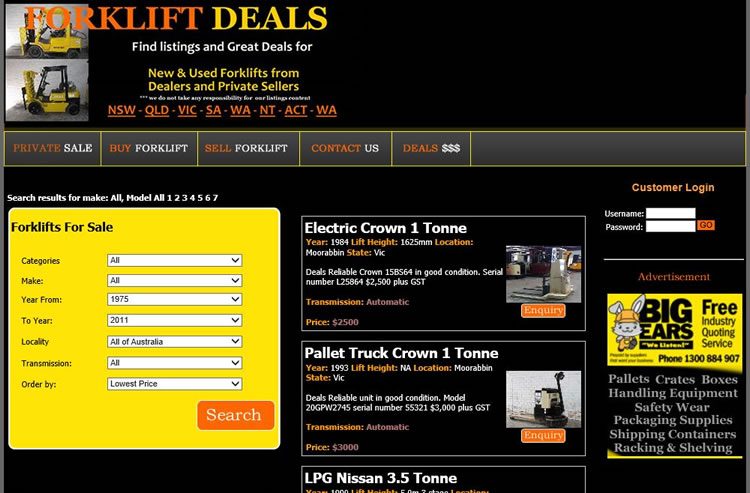 Forklift Deals, forkliftdeals.com.au, was a test site which, due to a commitment to other projects, we outsourced to a website designer to create a product directory for the forklift industry.

Later we found that the cheap website designer had outsourced to someone else. This was the first site we trialed in the language of php.

On the backend, it was coded so badly, that it kept breaking and Google struggled to index it. However, on the front end it had some very good elements that we were very happy with.

The site has since been taken offline. Forklift Deals was launched in 2011 and taught us two important lessons that have benefited our business:

We have relinquished the domain name and we would not recommend anyone to use that domain name again as it may be penalised by Google.

What We Excel In

We have been servicing business effectively, and efficiently, since 2006. Big Ears Media Group specialises in the B2B market space.

Our company has worked with clients from many industry sectors including the industrial, mining, civil, construction, transport and agriculture sectors in Australia.